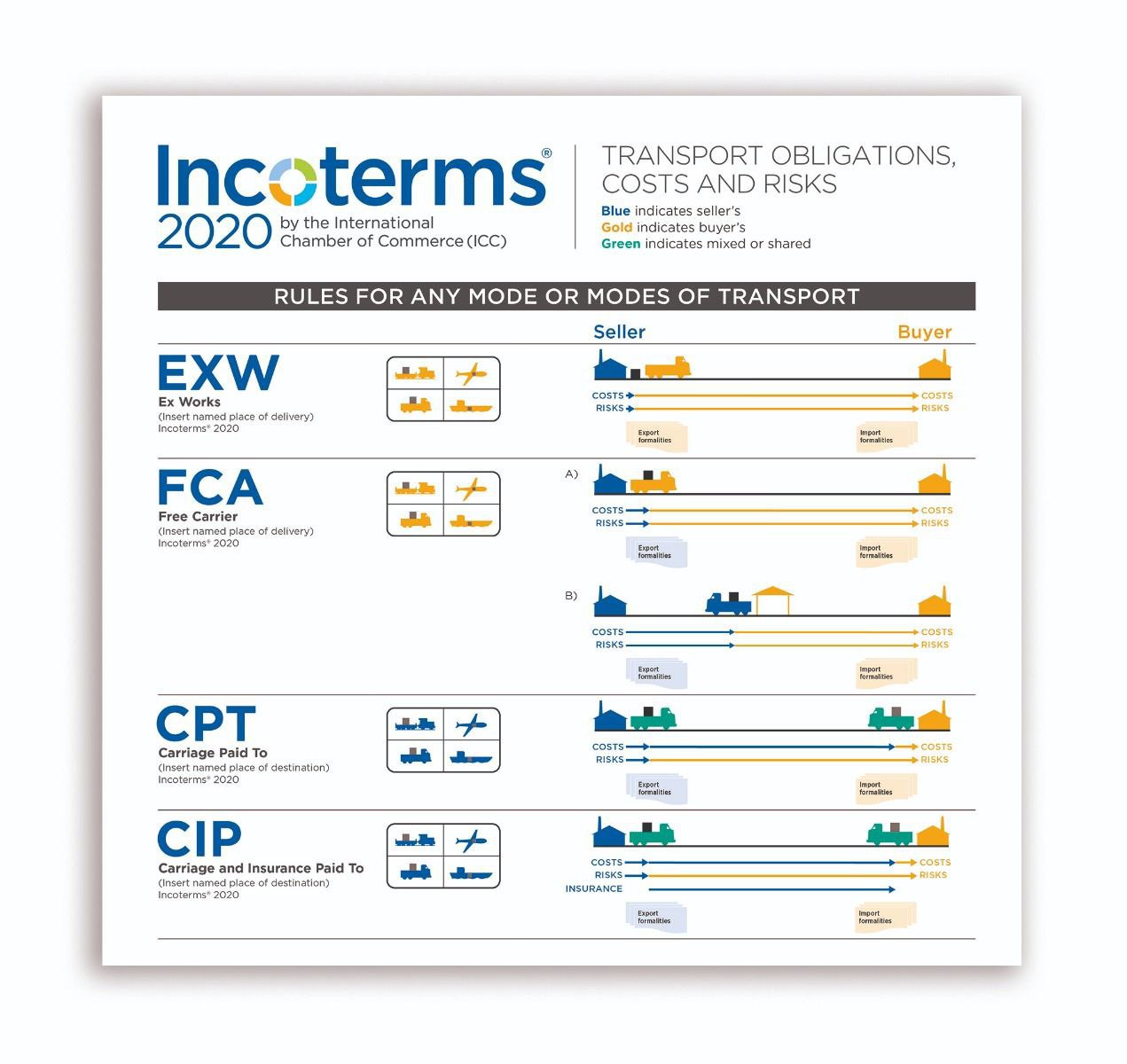 This will be a very important change, since EXW’s terms of delivery are used by companies in many countries for domestic trade only and are practically not used for international trade. In addition, the basis for the delivery of EXW as amended by Incoterms in 2010 contradicts the new Customs Code of the European Union, since the exporter is liable after export customs clearance of the goods for export.

Terms of delivery FAS (Free Alongside Ship) is now used when the goods are delivered to the seller at the port of departure of the exporter’s country and therefore are rarely used. Using the FCA delivery basis, goods can also be delivered to the port (or dock), as with the FAS delivery conditions, since the dock is part of the seaport (terminal). On the other hand, if the FAS term is used and there is a delay in the arrival of the vessel, the goods will be available in the dock for several days only to the buyer, and, conversely, if the vessel arrives in advance, the goods will not be available to the buyer for shipment. In fact, the FAS delivery terms are used only for the export of mainly bulk goods (minerals and grains).

Terms of delivery FCA (Free Carrier) is the most frequently used term of Incoterms (almost 40%of international trade contracts are concluded with this rule), because it is very flexible and universal. The main advantages of the FCA basis are the use of any type of transport and the use of any place of delivery of goods located in the seller’s country. It can be a store, warehouse,seaport, airport, or just the seller’s address. An analysis is currently underway to separate the FCA basis into two terms at Incoterms 2020 – one for land delivery and one for sea container shipments

IV.FOB and CIF for container shipping

The terms of delivery of FOB (Free On Board – Free on board) and CIF (Cost, Insurance and Freight – Cost, insurance and freight) in the 2010 edition of Incoterms are relevant for goods transported by water by placing goods on board the vessel in bulk or in packaging. When placing
goods in a container, the seller transfers the goods to the carrier at the terminal, but does not place them on board the vessel, in such cases, in accordance with Incoterms 2010, the term FCA or CIP should be used.It is assumed that in the new Incoterms 2020 rules, the terms of delivery of FOB and CIF can be used to transport containers, as was the case in Incoterms 2000 and previous versions. This change is very important for all participants in foreign economic activity, since approximately 80% of world trade is carried out in container containers.In addition, changes in insurance liabilities between seller and buyer are expected in addition to insurance interests under CIF and CIP delivery conditions.

V.Creation of a new Incoterm: CNI

The new Incoterm would be denominated as CNI (Cost and Insurance) and would cover a gap between FCA and CFR/CIF (Cost and Freight/Cost, Insurance, Freight). Unlike FCA, which would include the cost of international insurance on account of the seller-exporter, and asopposed to CFR/CIF that would not include freight. As in the other Incoterms in “C”, this new Incoterm would be an “Arrival Incoterm”, i.e. the risk of transport would be transmitted from the seller to the buyer at the port of departure.

As with FCA, DDP (Delivery Duty Paid) also generates some problems due to the fact that the customs duties in the importing country are paid by the seller-exporter, regardless of the place of delivery of the goods. For this reason, the Drafting Committee is considering creating two Incoterms based on DDP:

DTP (Delivered at Terminal Paid): When the goods are delivered to a terminal (port, airport,transport center, etc.) in the country of the buyer, and the seller assumes the payment of customs duties.

DPP (Delivered at Place Paid): When the goods are delivered at any place other than a transport terminal (for example, at the buyer’s address), and the seller assumes the payment of the customs duties.